Each of them has its own speciality and together they create a Perfect Team!

They are magical, mysterious, creative, little bit silly and they love their job…

Milica has conceived the whole idea, and the work in Perfect Surprise makes her incredibly happy. She is described by others as a worker bee, a perfectionist and a person who constantly asks something, and she would describe herself as a water-loving person and bookworm.

At the age of 16, she became infected with the virus of journalism and did not calm down until she studied it thoroughly.

The virus lasted 14 years and during that period she published over 700 exclusive interviews and constantly learned from her interlocutors.

She believes in college-educated profession and journalism different from today’s reality.

Ten years spent in aviation taught her… a lot – mostly that rules and freedom are equally important; that discipline is state of mind; that the air tastes different in the sky and on the earth and that you should keep a part of your inner child alive for the whole life…

As communications manager she realized that being organized satisfies her, that she grows up 2 cm after each successfully completed event and that she suffers when she doesn’t have at least 32 tasks a day … She stopped writing down the projects, trainings and campaigns she was leading and decided to, for the sake of efficiency, write down only mental memories of happiness and beauty in her life.

She frowns at classical biographies, but she is proud of the scientific papers she has published. She likes herprofessionalawards, but even more her familyprize – Ljubica. Walking in nature, yoga, kin-jo and healthy eating is her daily routine.

She prefers to have the title of Expert in Words than PhD in Philology. Communicates in Serbian, English, Russian and Spanish and she regrets that she hasn’t learned sign language.

She does not believe in numbers, but according to her mother she is 33. She is born and raised in Belgrade and thinks that Kosančićev venac is the place with the most beautiful view in the world.

This year, she launches a campaign to proclame a smile to be Esperanto. 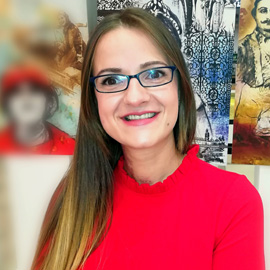 Back in 2011, she graduated from the Department of Spanish language and Hispanic literatures. Long before that, in 1988, it was clear a true blabber was born. She was the loudest baby with the biggest eyes. Grandma named her Sunčica.

Having spent 5 years in a multinational corporation, she decides it’s time for a change. She exchanges comfort and familiarity for uncertainty and creativity.

Her career turning point was a question she received during one soft skills training. She was asked what she was best at. After giving it some thought, she realised – she was best at making others happy.

She believes true happines only comes if one realises the power of bringing happiness to other people.

She works with client in Perfect surprise, coordinates our surprises and takes care of deadlines and details. She also works as our technical consultant, thanks to her experience in the IT sector.

When she is not preparing surprises for our clients, she is at home experimenting with recipes, potted plants, home decor and hairstyle tutorials. Always believes her hair is not long enough.

Snežana – Master in smiles, someone with impecable usage of words.

Born in Belgrade, hotelier by vocation, loves people. Making wishes come true makes her feel… almost like a fairy … or at least her right hand 🙂

In spite of her career in an international corporation and work in a no joking environment, she still believes in fairytales and avoids reddish apples. Your top notch partner in creating any kind of surprises. Together with you, she can deep dive into any person’s heart and encourage you to express your deepest and finest emotions and leave anyone breathless! Most passionate about designing difficult tasks – riddles, treasure hunts, brain teasers… She enjoys our clients’ bittersweet hunt towards the finish line! 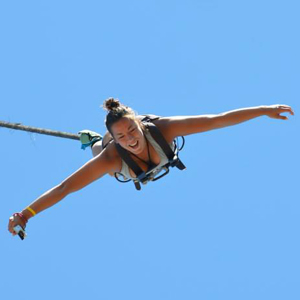 Danijela Maksimovic is wife, mother and queen, born in 1985 in Belgrade.

Her appearance and spirit are striking and cheerful; she is in love with love and fairy tales, but real life fairy tales, in which she believes deeply because she is part of one.

She holds masters degree from state university, but thinks that diploma doesn’t mean much if you don’t use your head regardless of your education level.
Recently, she became proud mother who loves her family and her two princes.

She likes extreme sports and adrenalin rush she experienced on her tour through amusement parks in USA and European cities where she went bungee jumping from 75 meters.

For the Perfect Surprise, with diapers and limited deadlines, according to many, she managed to impress “Papa Smurf” with the creation of websites iznenadjenje.com and perfectsurprise.com. She works in Happymedia, a company that deals with internet marketing and website development for more than ten years. She likes her job, her colleagues and her work environment.

She likes surprises… However, she prefers to surprise rather than to be surprised, which qualifies her for being perfect member of our team. 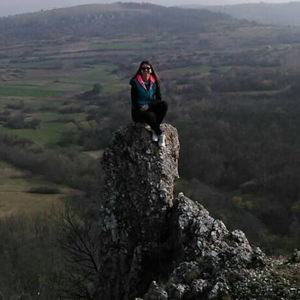 Sanja is the most mysterious, strongest and the most creative member of Perfect Surprise team. She is unbelievably patient and precise and so charming that she sweeps you off your feet. Every word she says is word of wisdom, but it must be because of her origin…

Officially, Aleksandra is speech-language therapist. And she is great at her job. Essentially, she is a person who has a way with children… as very few people have.

Thanks to her, our gifts look unreal. Love and attention she brings into wrapping every little thing is unique… just like Aleksandra is.