There are no ready-made solutions in Perfect Surprise!

This is how magic works when you want to celebrate relationship anniversary, propose marriage and move in together….

A nice guy named Nikola wanted a perfect way to propose to his girlfriend named Ana.

In light of their 3rd year anniversary, he contacted Perfect surprise with a request for help from our creative team in order to make this a truly memorable night.

Nikola first filled out our questionnaire. Here’s what we found out:

What we learned about Nikolina and Anna’s love:

They met in Zvezdara Forest, where they both like to run and exercise
Ana calles Nikola “Guga”

The total budget for the surprise is 1400 EUR (550 EUR for the Perfect Surprise fee, for the Event Package, and 850 EUR for gifts
Surprise should be intimate, in nature and romantic

What we found out through social networks:

Our creative team is delighted with Nikola’s love for Ana! They inspired us with the wonderful harmony between them, so we decided to surprise them with a common gift. What was it, you’ll find out later …

Nikola receives a surprise chest (PDF document in an e-mail) with detailed descriptions of all elements of surprise. Nikola chose the Event Organization package.

Within the surprise chest, along with descriptions and photographs, we also quoted the exact prices of each element (Perfect surprise does not raise the price of a gift and does not earn on them). In this case, all the gifts and everything that was needed for the organization of the event cost 800 EUR (including the wedding ring), less than the sum of the budget. As Nikola liked all the elements and did not want to change anything, Ana got exactly the surprises that were presented in the surprise chest:

The surprise for Ana is scheduled for May 5th on their anniversary. Nikola announced to Ana that he would pick her up at 20h to go to a restaurant for dinner. But, instead …

1. Perfect surprise driver gives Ana an envelope with a message from Nikola and takes her to a secret location
2. Ana gets a message to follow her flying friend. The drone drops a buquet of tulips and leads her deeper into the woords
3. Dinner under the trees in the forest where they met. For dinner, of course, Ana’s favorite dish and sweets
4. Ana’s favourite drink as an introduction to the question “Do you want to move in with me?”
5. A cosmetic set that will be necessary for our lady when he moves in with Nikola
6. A band that comes out of the woods and plays Ana’s favourite song
7. Nikola on his nee, with a ring containing Ana’s protector stone

Here are the details of each element of the surprise, with descriptions and prices:

1. DRIVER WITH A MYSTERIOUS MESSAGE

At 20h at Ana’s apartment, instead of Nikola, the driver of Perfect Surprise appears. Ana is surprised, and the driver gives her an envelope that says:
Happy Anniversary, Love!

In Nikola’s handwiting, a message says: “Ana, get dressed warmer and trust this man. Come with him. I love you, your Guga. “

The driver takes Ana in an unknown direction. To all her insistence and inquiries … there is no answer.

2. DRON AND A BUQUET OF TULIPS

We arrive at the Zvezdara forest, where Nikola and Ana first met. The car arrives to the end of the road. The driver opens the door for Ana, but her loved one is not there yet… At that moment, she gets a message from Nikola saying: “Anči, follow the flying friend, he will bring you to me …”

The drone appears with a bouquet of tulips, Ana’s favourite flower. In order to grab the bouquet, Ana must follow the drone and it takes her about 70 meters in the forest, where Nikola is waiting at the set table. Ana timidly follows the drone as she can hear the music in the distance already…

Ana arrives at the table for two. Under the trees in the forest, Nikola and her favourite meals are waiting – fish, potato salad, sweets in the form of ice cream in cones. There are also warm blankets, and from a mobile speaker they can hear all the songs Ana loves (Vlado Georgiev, Nina Badric …)

Nikola squeezes a juice made of lemon, orange and grapefruit for Ana.
“I want to get this juice for you every morning, after we wake up in my apartment. Will you move to live with me? “

Ana says YES, which is the perfect introduction to the next surprise …

5. COSMETIC SET FOR THE NEW HOME

As an introduction to their new life together, Nikola gives Ana a cosmetic set that will follow her through some new, small rituals in her new come. Next to the set, there’s a message “If the answer is YES, I believe that this will come in handy in your new bathroom! I know how much you love them!”.

6. BAND AND THE PROPOSAL SONG

The band “Benditi” comes out of the forest and plays Ana’s favourite song. With the right words, the highlight of the evening and the last part of the surprise arrives:

7. QUESTION OF THE EVENING AND THE RING

Nikola kneels before Anne, opens a box and asks: “Do you want to become my wife?”

The rest is history … 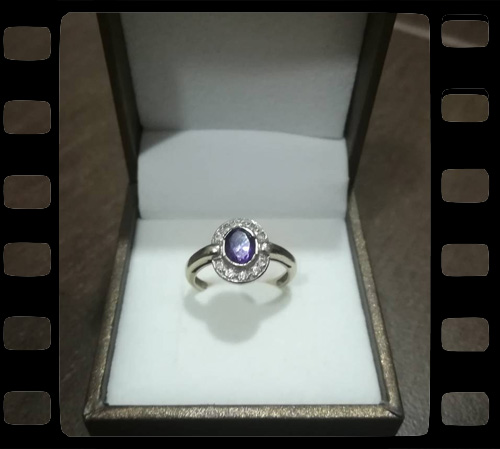 The budget total was EUR 1400. Perfect surprise respected the golden rule not to exceed the budget.

You must be wondering what was our gift to the happy couple ….
Dron recorded their romantic moments all night, and we later produced a gift video as a memory of that special night, an important question and an even more important answer!

This is what one of our surprises looks like. Yours will look completely different, depending on what kind of person we are preparing the gifts for. There are no ready-made gifts, solutions and ideas. Everything is created for you!

Let us know who to make happy on your behalf 😉